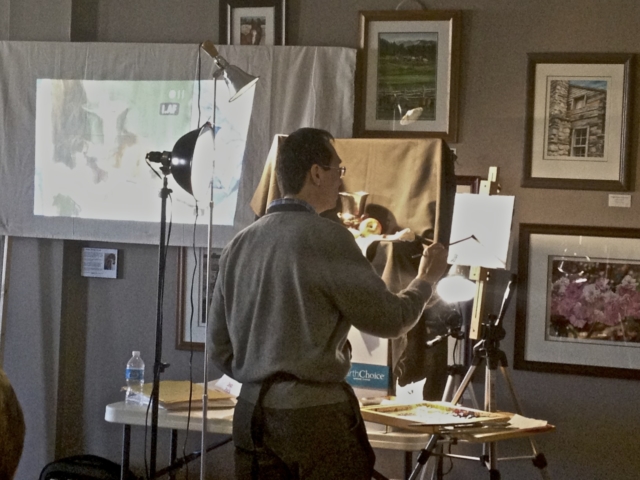 Qiang Huang was born and raised in Beijing China and he now resides in Texas. His interest in art was developed when he was very young, and influenced strongly by his uncle, Hong-En Huang, a professional painter and art educator.

Huang’s early education was focused on science and technology. He moved to the United States in 1985, obtained a Ph.D. in physics in 1993 and held a career in optical engineering. During this time Huang was active in the local art communities and he attended art classes and workshops with notable artists such as David Leffel, Sherrie McGraw, Scott Burdick, and Carolyn Anderson. Huang began teaching workshops in 2008.

In the summer of 2012, Huang attended the graduate school of the Academy of Art University in San Francisco, and studied with the well-known figurative artist Zhaoming Wu. He is a guest artist with the Putney Painters, and painted with Richard Schmid and Nancy Guzik.