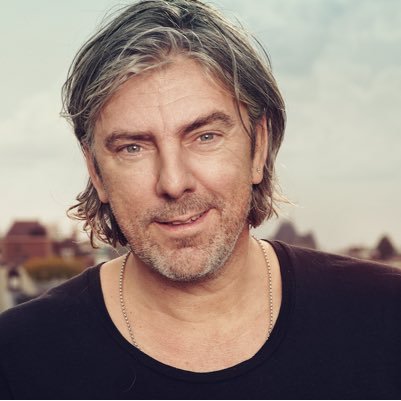 Ruud de Wild (born April 24th, 1969) grew up as a second youngest in a family of 11 children. Ruud lived his life since childhood with two passions: music and typography. The typography seems almost innate, partly because he comes from a printers family. His father was a graphic artist. Ruud was always found in the design studio. Here he developed his love for letters and typography. Ruud started painting when he was about twenty years old.

His works are clearly a marvelous combination of his devotion for typography, letters, lyrics and music.Besides his paintings, Ruud makes various other statements. He designed a book cover for Ronald Giphart, an album for a Dutch Rock band and he designed a room at the Hotel American in Amsterdam.His work can be found in many private and corporate art collections all over the world.