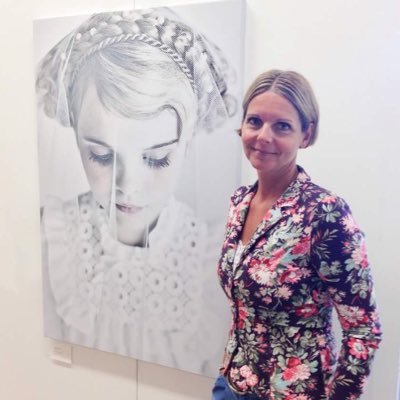 Tanneke Peetoom is a Dutch photographer, autodidact, born in 1967, married and mother of two teenage daughters.

In October 2010, she received from her husband her first camera and she hasn’t unleashed it since. She began taking pictures of her daughters, then girlfriends of her daughters, these pictures end up on social media and shortly thereafter she got her first assignments. Tanneke has developed a unique own style: bright portrait photos, always made with natural light and with a romantic look, she uses antique hairstyles and clothing. She photographs children between the ages of 5 and 18 years.

She emphasizes the purity and fragility of the child with the focus on the eyes. She has several publications in magazines, 8 book covers and an entry in the book ‘The New Dutch Photography Talent 2914’.

Recently she has won the silver award in the prestigious European photo competition: PX3 Prix de la Photography Paris 2015, with her photo “EVA, The GIRL WITH VEIL”